Dean Wade scored 20 points for a second consecutive meeting with rival Kansas, but it was not enough to lift his team to its second win in a row over a Top-5 opponent.

Kansas State let an early lead fade away in a 74-71 loss to the No. 3 Jayhawks Monday night.

“We had some opportunities,” K-State coach Bruce Weber said. “We played hard and we out-rebounded them. We just rushed too many things.”

K-State, coming off a win at Baylor 48 hours prior, led by as many as 12 in the early going. The Wildcats were hitting outside shots and finishing around the rim.

“We did good things, but we didn’t do them at the right times,” Weber said. “We can’t make excuses. There are no moral victories. We have to find ways to win.

“We have to show more poise down the stretch.”

KU led by two at halftime, and by as many as nine in the second half. K-State never let the game get away from it, however, staying within striking distance until the final buzzer.

Wade gave K-State a 60-59 lead with 4:42 to go. But the Jayhawks were the better team by far down the stretch.

Wade also hit a three-pointer to tie the game with 2:08 to go. But the Wildcats’ next field goal wouldn’t come until a meaningless Wesley Iwundu tip-in with less than a second remaining.

But Barry Brown and Xavier Sneed, two of the Wildcats’ top threats from outside, combined for eight points on 3-of-14 shooting. Sneed’s two free throws in the second half were K-State’s only bench points in the game.

K-State heads to No. 13 West Virginia this weekend. The Wildcats beat the Mountaineers in their first meeting this season. 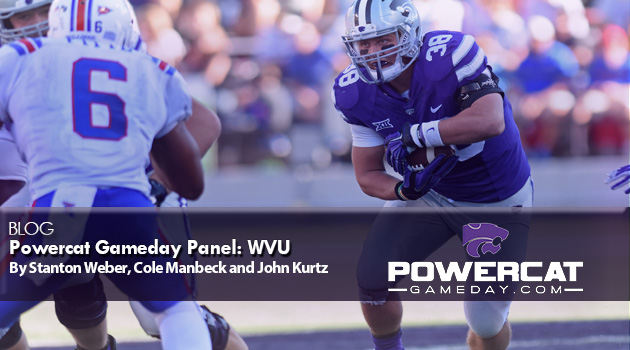