The Wildcats knocked off No. 24 TCU, 73-68, Saturday afternoon to follow up a win over No. 4 Oklahoma earlier in the week.

Dean Wade continued his strong season with a 20-point, 6-rebound, 6-assist performance, but it was the breakout performance by Makol Mawien that may have been most important for K-State (14-5, 4-3 Big 12).

Mawien scored a career-high 18 points on 8-of-11 shooting and grabbed five rebounds. Entering the game, Mawien hadn’t scored more than four points in a game since Dec. 20 at Washington State.

“We went to him early and he got a couple baskets, and that got him confidence,” Bruce Weber said. “He’s been really good for us in practice and now he’s playing stronger.”

K-State jumped to an early 9-0 lead, but TCU never allowed the Wildcats to feel completely comfortable, even though K-State never trailed. It was an 8-point game at halftime and the Horned Frogs were within six for the final five minutes of the game.

But after a slow start, Barry Brown made clutch plays to help his team preserve the lead. He scored 12 of his 15 points in the second half and set a new career high with nine assists.

TCU (14-5, 2-5) was led by Vlad Brodziansky, who scored 15 points. All five of the Horned Frogs’ losses in league play have been by five points or less.

TCU coach Jamie Dixon was ejected in the second half when he picked up his second technical foul. After the game he said officials did not give a reason for his ejection.

K-State ended a four-game losing streak in games which followed a win over a Top 10 team. At 4-3 in the league, the Wildcats are tied for third with a road trip to Baylor up next. 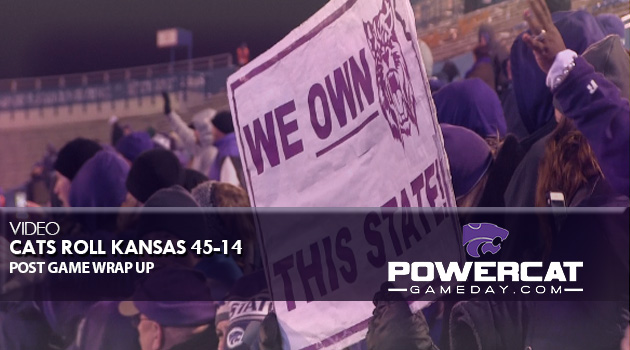