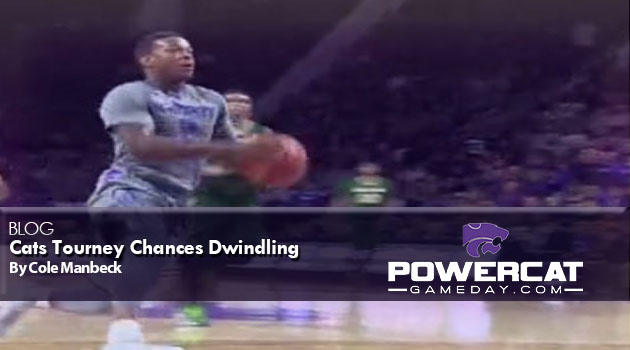 We will break down Kansas State’s loss to West Virginia a few paragraphs later. But first, let’s examine what Tuesday night’s 65-59 loss means for the Wildcats’ NCAA Tournament hopes as the month of February approaches.

K-State is now 12-9 overall and 5-3 in the Big 12. From 1985 (the year the Tournament expanded to 64 teams) through 2014, no team with 15 losses has ever been invited to the Big Dance as an at-large selection. Therefore, K-State’s magic number to elimination could be five. Five more losses would give K-State 14 regular-season losses, and if the Wildcats weren’t to win the Big 12 Tournament, they would have a 15th loss. So if history is to repeat itself, K-State would need to go 6-4 over its final 10 games to avoid a 15th loss. And there’s no question the second half of the Wildcats’ schedule is the tougher portion.

K-State will have to play some tremendous basketball to find six wins out of those 10. That’s why Tuesday night’s loss to the Mountaineers was critical. Had the Wildcats won that game, they’d have a little room for error, only needing to go 5-5 during the final stretch.

Getting back to the at-large history, there has been a proven track record of 14-loss teams receiving a bid. The following table lists the teams that were selected as at-large teams into the Tournament since 1985.

Obviously, 2011 was a very good year for bubble teams. You’ll notice that Georgia in 2001 and Villanova in 1991 both got in with 16-14 records. Those are the two worst winning percentages for schools to receive an at-large berth since 1985. The following table is a more detailed chart of the worst winning percentages of teams receiving an at-large berth since 1985 (table below is courtesy of http://www.cbssports.com/collegebasketball/ncaa-tournament/history/atlarge).

So hypothetically, let’s say K-State goes 5-5 in its remaining 10 regular-season games. That would put the Wildcats at 17-14 and 10-8 in the conference. A loss in their opening Big 12 Tournament game would make K-State 17-15. Now, as noted above, a 15-loss team has never been selected as an at-large, but there have been teams make it with a similar winning percentage overall. If K-State could win two games in Kansas City in March, I could see a 19-15 team receiving an at-large berth if the Wildcats have the right wins – meaning wins against the top teams in the Big 12 such as KU and Iowa State. There’s a remote possibility that K-State could get in at 18-15 if it had eight to nine top-50 RPI wins and an RPI in the 30s overall.

Now, having said all of that, history doesn’t always repeat itself. The bubble is different year to year. So perhaps a 15-loss team does get in. We’ll have to wait and see.

Now, moving on to Tuesday night’s loss… this was a game that made you want to pull your hair out. The Wildcats were often throwing Hail Mary passes just to get the ball in bounds against West Virginia’s press. And more often than not, K-State’s prayers went unanswered.

We know West Virginia’s pressure defense is tremendous. It entered Tuesday’s game leading the country in turnover rate, forcing opponents into turnovers on 30 percent of their offensive possessions. As good as that rate is, West Virginia’s season-high in forced turnovers in a game this season was 24. It forced K-State into 25. The Wildcats turned the ball over on 32 percent of their offensive possessions. K-State got sped up and played at West Virginia’s pace. The Wildcats, who play the second-slowest pace in the Big 12 at approximately 63 possessions per game, had 78 possessions against West Virginia. The Mountaineers entered the game averaging 74 possessions per game, the fastest pace in the Big 12. So they dictated the pace on Tuesday.

Aside from the turnovers, the second-biggest disappointment was K-State’s half-court offense. The Wildcats shot 36.7 percent from the floor, the third-worst shooting performance against West Virginia all season. Coming into Tuesday night, the Mountaineers had held only two teams to below 41 percent accuracy in a game, and those opponents were Northern Kentucky and Wofford. When West Virginia doesn’t turn teams over, it’s not good defensively. The defensive success is predicated on turnovers. The Mountaineers are 253rd in the country in field-goal percentage defense and 219th in the country in 3-point defense. So the times K-State didn’t turn it over, it still struggled to capitalize. Obviously, losing Nino Williams really hurt.

The Wildcats had only missed 14 free throws in their previous four games combined (had shot 82 percent from the foul line on 76 attempts over the previous four contests). Against West Virginia, they missed 15 from the charity stripe.

All of this wiped out a superb defensive effort by the Wildcats. K-State forced West Virginia into a season-high 20 turnovers (the previous high in a game was 17 for West Virginia). K-State held the Mountaineers to 36.4 percent from the floor, the third-best field-goal percentage defense K-State has held an opponent to this season. It was West Virginia’s fifth-worst shooting performance on the season.

However, K-State’s failure to take care of the ball, make free throws, and actually score effectively when it broke the press, led to the Wildcats’ demise. And because of that, K-State doesn’t have much breathing room if it wants to make the NCAA Tournament for the sixth straight season. 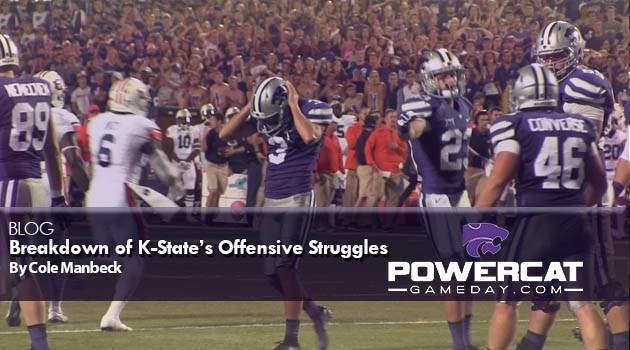 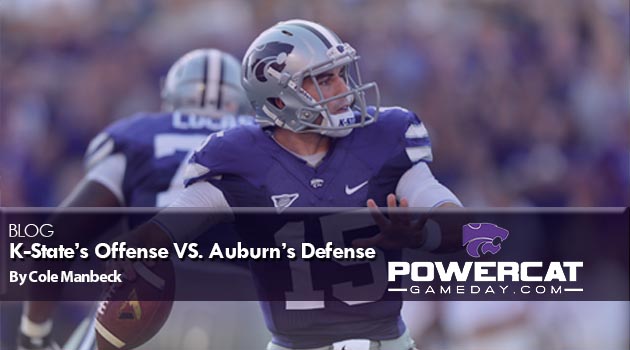