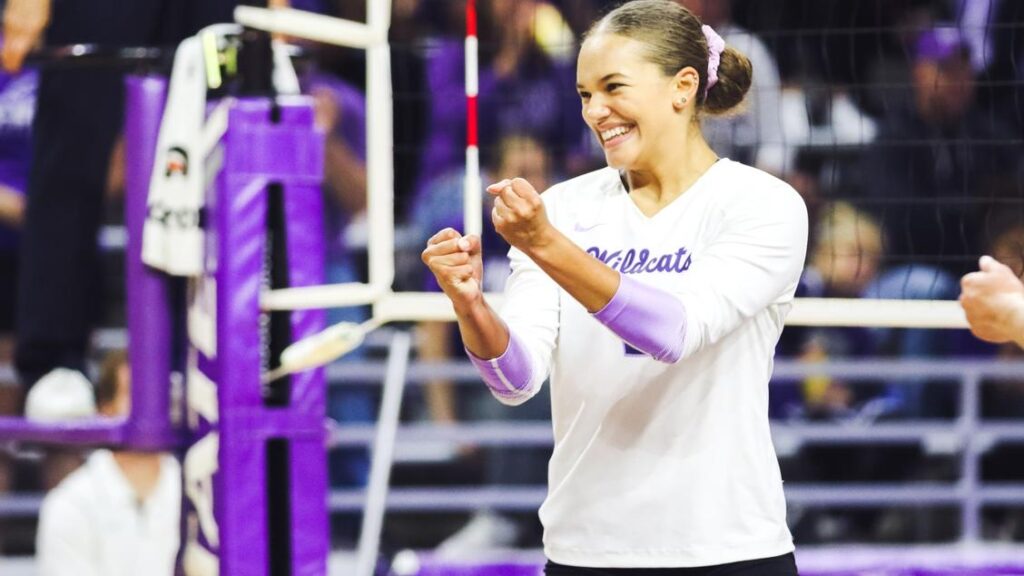 The Wildcats (11-8, 2-4 Big 12) are coming off back-to-back losses at the hands of #1 Texas and TCU. The Cats went to five sets with the Horned Frogs on Saturday at Bramlage Coliseum.

As a team, the Cats tallied a season-best 18 blocks in the match. Sydney Bolding tied her season-best output of eight blocks at the net. Senior setter Loren Hinkle dished out 42 assists for her eighth consecutive 20+ assists match while junior Mackenzie Morris boasted 17 digs.

Oklahoma (11-7, 1-5 Big 12) has dropped its last three matches and is 6-2 when playing at home this season. The Sooners are one spot below K-State in the Big 12 standings.

Saturday’s match will air on Big 12 Now on ESPN+ and the ESPN app. Fans can also listen to Emma Wiley on News Radio KMAN (93.3FM) with online audio available at K-StateSports.com/watch and the K-State Sports app.