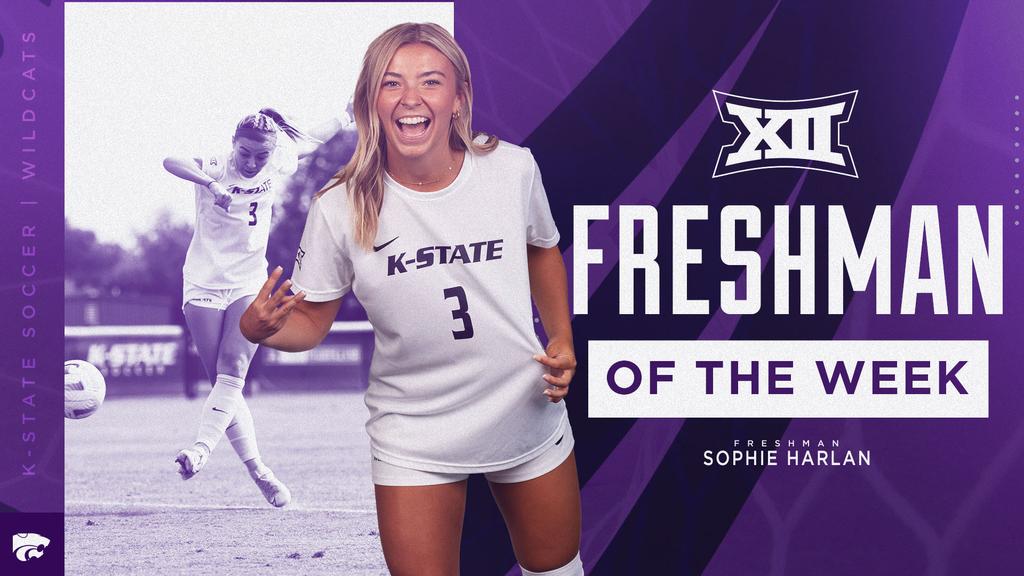 MANHATTAN, Kansas (Kansas State Athletics) – With her first half goal against Oklahoma, freshman forward Sophie Harlan set K-State up for its 2-1 win on Sunday. With her efforts, Harlan collected Big 12 Freshman of the Week honors on Tuesday from the league.

Harlan is the fourth Wildcat and the first field player since Brookelynn Entz in 2017 to earn Big 12 Freshman of the Week honors.

On her only shot of the afternoon, Harlan scored her second goal of the season and her first Big 12 tally in the 43rd minute with a left-footed effort from three yards out. Harlan’s two goals this season have both been scored within six yards of goal.

The product of Kansas City, Missouri, became the fifth K-State freshman in program history and the first since the 2017 season to score two or more goals in their debut season.

For the season, Harlan leads K-State’s freshmen with five points (2 goals and 1 assist) and owns six shots with four on goal.

K-State concludes its three-match homestand and its 2022 home schedule on Friday night, as the Wildcats host Kansas at 7 p.m., in the Dillons Sunflower Showdown. For tickets to Friday’s match, contact the K-State Athletics Ticket Office at (800) 221-CATS or visit kstatesports.com/tickets. Friday’s match will air on Big 12 Now on ESPN+.