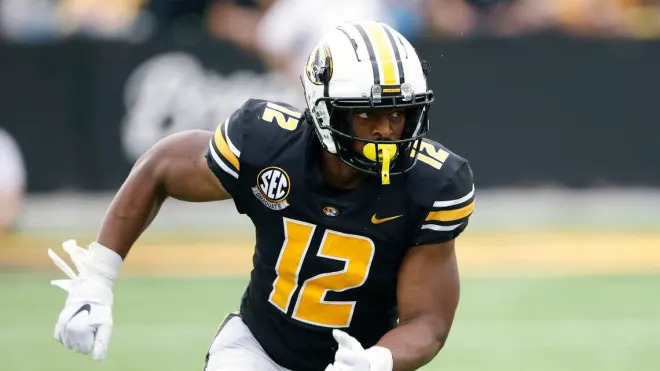 On Saturday, Kansas State head football coach Chris Klieman said that Missouri transfer linebacker Shawn Robinson  was no longer with the program. On Tuesday, Klieman further elaborated on Robinson’s departure from the program.

“Shawn left for personal reasons that he needed to step away,” Klieman said. “I’ve got really good respect for that young man. It was not a bad situation. I didn’t want that to seem like on Saturday night – because it just kind of blindsided me and that’s OK – that it was something that went wrong. Tremendous amount of respect for Shawn. He stepped away and I supported him stepping away. He was not kicked off [the team].”

Robinson was expected to be a contributor to the Kansas State defense this season as linebacker/safety but didn’t appear in any of their first three games. Desmond Purnell  has replaced Robinson at the top of the depth chart.

“Des has taken all those reps for the last three-plus weeks and Des has done a really nice job. It’s been a great spell for Khalid (Duke) ,” Klieman said. “Des is one of our better special teams guys. He cares so much. He’s a Kansas kid that wants to do great. He’s just a redshirt freshman with a bright, bright future and I’m excited about Des’ progression.”

Purnell has played in all three games for Kansas State this season and has three total tackles, and 0.5 tackles for loss heading into K-State’s Week 4 opponent — Oklahoma.

Robinson announced his decision to transfer to Kansas State prior to the 2022 season, but an injury prevented him from contributing to the team in fall camp.

During his career with Missouri, the former linebacker/safety played in 10 games and totaled 36 tackles and four tackles for loss and one sack. He also contributed two interceptions in his time with the Tigers.

Kansas State was Robinson’s third school after initially signing with TCU out of DeSoto, Texas, as a three-star dual-threat quarterback. Robinson played 12 games at quarterback for the Horned Frogs before transferring to Missouri and moving to the defensive side of the football during the 2020 season.

As a passer, Robinson completed 60.4 percent of his attempts for 1,703 yards with 13 touchdowns and eight interceptions in his career.

Outside shooting dooms K-State in loss to No. 21 Baylor