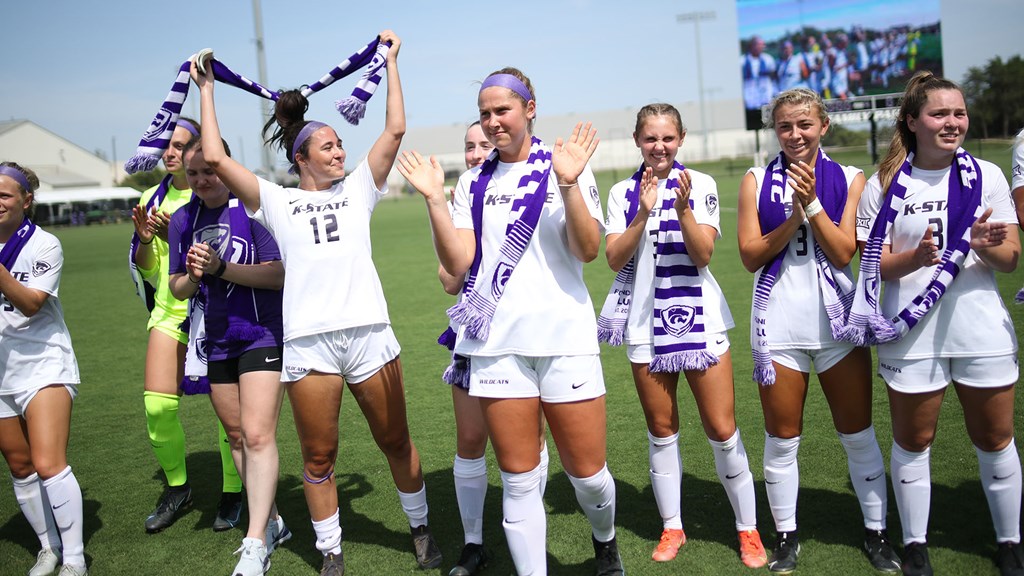 MANHATTAN, Kansas (Kansas State Athletics) – K-State will begin its seventh season of action this weekend, as the Wildcats host Northwestern on Thursday at 7 p.m., and Northern Colorado on Sunday afternoon at 1 p.m.

• Tickets for both matches can be purchased by contacting the K-State Athletics Ticket Office at (800) 221-CATS, visiting kstatesports.com/tickets or at the Buser Family Park ticket booth. Thursday’s match will include free pizza and ice cream for K-State students.
• Both matches will be available on Big 12 Now on ESPN+, as Brian Smoller (play-by-play) and Oscar Montenegro (analyst) will have the call.

Last Time Out
• K-State played a two-match exhibition slate, as the Wildcats split the schedule (1-1-0).
• The Cats recorded a 1-0 win over Missouri State in a match that was adjusted to four, 30-minute quarters. Sophomore Adah Anderson registered a goal in the second minute to provide the margin. This marked the third preseason goal in two seasons for Anderson, who scored a pair of goals at South Dakota State in the preseason of 2021.
• In the final preseason tuneup, K-State fell, 2-1, at Wyoming on Wednesday, August 10.
• Trailing 1-0 at halftime, freshman Andra Mohler squared the match in the 65th minute with an unassisted goal.
• In the two matches, K-State outshot its opponents, 37-16, including a 12-9 advantage in shots on goal.

K-State in Home Openers
• The Wildcats will play their seventh home-opener in program history. K-State is 2-4-0 in its previous six home-openers.
• Kansas State has been outscored by its opponents in the five home-openers, 9-5 (-4).

Overtime Rule Change for 2022
• During the offseason, the NCAA Playing Rules Oversight Panel (PROP) approved changes to overtime rules for the regular season and postseason beginning in 2022.
• For the regular season, overtime has been eliminated, meaning if a match is tied after the regulation 90 minutes, it will end in a tie. Previously, teams played two 10-minute overtime periods in a sudden-victory (golden goal) format, and if neither team scored, the game ended in a tie.
• In conference tournaments and NCAA postseason games, the sudden-victory component has been eliminated, and teams will play two 10-minute overtime periods instead. Also, when a substitution is made by the winning team in the last five minutes of the second overtime, the game clock will stop. If the game remains tied, a penalty-kick shootout will be held to determine the winner.

Wildcats to Make Debut
• K-State’s 2022 roster includes 13 newcomers including 12 true freshmen. Of the 13 newcomers, only Sydney Sharts (16 matches; Oklahoma) has collegiate soccer experience.
• During its brief history, K-State has seen one freshman score in a season-opener as Katie Cramer delivered the first goal in program history scoring directly on a corner kick at Saint Louis on August 19, 2016.

First-year focus: How Big 12 coaches have done in Year 1