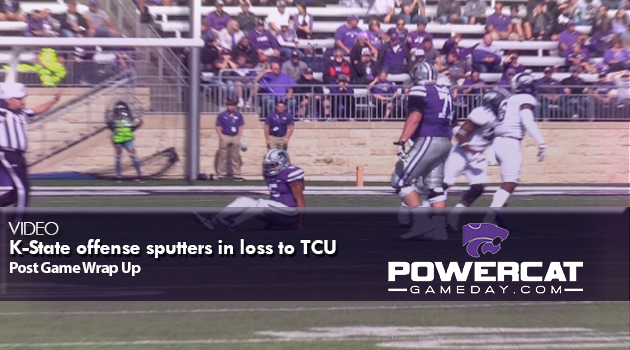 Between four hours of weather delays, Kansas State and No. 6 TCU faced off in a defensive battle Saturday afternoon. The difference between the teams was evident from the very beginning.

One side had a healthy and experienced starting quarterback. The other side did not.

The result was a 26-6 victory for the Horned Frogs at Bill Snyder Family Stadium as K-State suffered its third loss in four games.

“They wanted to win and they gave a great effort,” Snyder said. “There are just some things that aren’t taking place, and that falls in my lap.”

The Wildcats’ Jesse Ertz was in uniform but did not see the field for K-State, and the offense struggled all day to move the football. Alex Delton took Ertz’s place and made his first career start.

He wasn’t able to build on an impressive performance last week at Texas, when he rushed for 79 yards and two touchdowns in a 40-34 overtime defeat. TCU only allowed him to find open space on one occasion, a 36-yard run in the third quarter.

“Alex really struggled today, but it wasn’t all his fault,” Snyder said. “He played with great effort. You can’t fault him for that.”

K-State’s defense did a solid job holding down the Horned Frogs’ attack. TCU entered the game with the Big 12’s best rushing offense. The Wildcats limited them to 98 yards on the ground and forced a fumble.

In addition to the delayed start, the game was stopped for another hour early in the fourth quarter when a severe storm rolled through the area. In terms of the score, the game was still within reach, with K-State only trailing 20-6 at the time. But the Wildcats ultimately did not threaten a comeback.

TCU quarterback Kenny Hill threw for 297 yards but was held without a touchdown.

K-State’s task won’t be any easier next week when K-State hosts Oklahoma. The Sooners haven’t lost in Manhattan since 1994. 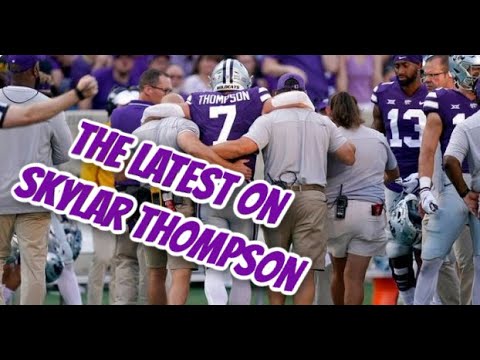 Snyder Singles Out Zuber After Loss