MANHATTAN, Kan. – K-State football scored 13 unanswered points to send its 27 seniors out with a 27-17 win in their home finale against Iowa State on Saturday night.

In a cold environment with intensely swirling wind conditions, the Wildcats (8-4, 5-4) topped the Cyclones through some stout defense and ball control in the second half to end the regular season in a tie for third in the Big 12 standings.

“It was really important,” K-State head coach Chris Klieman said of the run game. “We were able to be affective on third down (7 of 14). That allowed us to stay on the field. We probably got them a little bit wore down. Just from the fact that we were running inside, outside, using the jet game, using the quarterback run…when (offensive coordinator Courtney Messingham) has all those things at his disposal and we’re gaining yards on all of them, we’re pretty tough to beat.”

Senior graduate transfer Jordon Brown led the Wildcats with 91 yards on 19 carries, including a 15-yard touchdown run in the fourth quarter to go up 24-17. True freshman Jacardia Wright added 60 yards on six carries, highlighted by a 12-yard touchdown burst to put K-State up 14-0 in the first quarter. In the fourth quarter, Wright broke off a 37-yard run on the first play of K-State’s final scoring drive.

Coming out of halftime in a 14-all tie, the Wildcats limited the Cyclones to 68 yards of total offense in the second half. That included just 13 yards in the third quarter. K-State, the No. 4-ranked third-down defense in the nation coming in, held Iowa State to 1-of-13 on third down.

K-State also forced Iowa State into three three-and-outs in the final two quarters and six for the game. One of those quick stops came after the first of two Skylar Thompson turnovers on consecutive drives in Wildcat territory in the third quarter. Following a lost fumble on K-State’s 46, Iowa State went backward 11 yards in three plays before punting.

“That was pivotal,” redshirt freshman defensive back Lance Robinson said. “That was one of the turning points of the game. We just kept making plays.”

K-State’s defense was put in a tough spot again when Thompson was intercepted on the next offensive play. Still, the Wildcats kept Iowa State out of the end zone and limited the damage to a field goal – the Cyclones’ last points of the game.

“It was huge,” Klieman said. “There were a number of short fields, but they were playing with a ton of confidence.”

K-State started the game with similar confidence after true freshman Joshua Youngblood took the opening kickoff 93 yards for a touchdown — his third such score this season.

The Wildcats then forced Iowa State into four consecutive punts in the first half. They put together a 13-play, 98-yard touchdown drive during that stretch to extend their lead to 14-0 early in the second quarter.

That advantage vanished, however, when Iowa State scored touchdowns on back-to-back drives. One score was made possible by a fourth-and-13 conversion, while the other came off a fourth-and-goal.

“Coming in at halftime, I just said, ‘You guys, we’ve just got to be able to make some more plays,’” Klieman said. “We just weren’t making enough plays.”

The Wildcats started to make those plays in the second half. Brock Purdy, 8-of-14 for 124 yards in the first half, finished the game 15-of-30 for 185 yards. The sophomore came into the game averaging nearly 315 passing yards a game.

After his pair of turnovers, Thompson brought some life to K-State’s offense. He hit Chabastin Taylor for 22 yards and, two plays later, Phillip Brooks for 19 to put the Wildcats in position for Blake Lynch to hit a game-tying 43-yard field goal against the wind.

“Great team win by our guys. So happy for our seniors that have put in the blood, sweat and tears for a long time, lot of years here,” Klieman said, as K-State will find out its bowl fate on Sunday, December 8. “I told the guys in the locker room ‘Don’t ever underestimate the power of belief, and the power of love.’ Those guys believe in each other, they love each other, and when you have those two things going, you’ve got a great chance to be successful.” 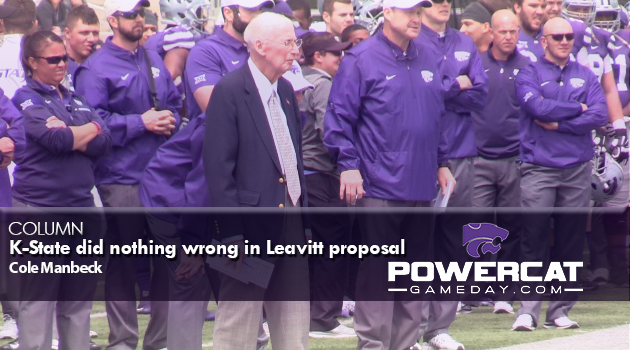 K-State did Nothing Wrong in Snyder/Leavitt Proposal 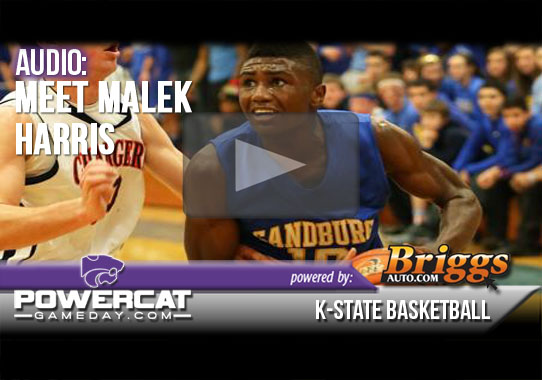