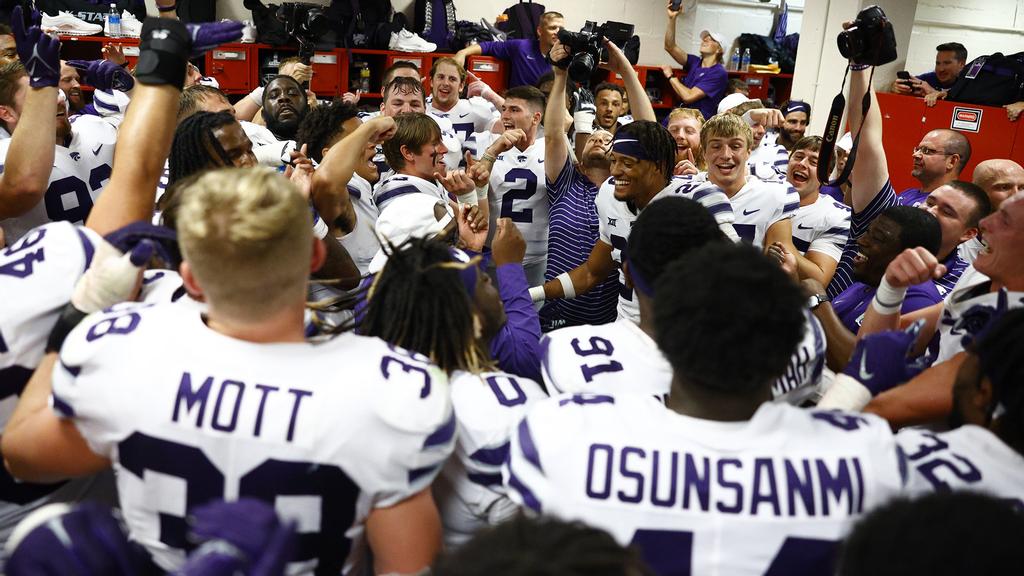 This is the sixth time the Wildcats have been honored as the team of the week by the FWAA since the organization started the award in 2002. The last time was in 2019 when K-State defeated fifth-ranked Oklahoma in Manhattan.

Kansas State earned its 11th all-time victory against an Associated Press top-10 team, while it was the fifth in a road game. The Wildcats have now defeated a team ranked in the Associated Press Top 25 in four of the last six seasons, including the third time under head coach Chris Klieman. In a place that has been historically a tough place to play, Oklahoma has only suffered nine home losses since 2012 with four of those coming at the hands of the Wildcats (2012, 2014, 2020 and 2022).

K-State jumped out to a quick 14-0 lead in the first quarter and also held a 41-27 lead deep into the game prior to a late Oklahoma touchdown. The Wildcats were led by Big 12 Offensive Player of the Week Adrian Martinez, who totaled 382 yards of total offense and accounted for five touchdowns. He rushed for 148 yards and four scores, the most rushing touchdowns by a Wildcat since Skylar Thompson had four against Oklahoma in 2019. His 148 yards rushing was his most since his career high of 157 yards at Rutgers in 2020.

The K-State defense forced OU to score eight points under its points-per-game average and 15 points less than the Sooners scored the previous week at Oklahoma. The Wildcats excelled getting off the field as Oklahoma was 4-of-5 on third downs with 1-3 yards to go but was 0-of-8 on third-down attempts that were four yards or longer. The defensive effort was led by safety Kobe Savage, who had 11 tackles en route to Big 12 Newcomer of the Week honors.

K-State, ranked 25th in this week’s Associated Press Top 25, hosts Texas Tech on Saturday at 11 a.m. inside Bill Snyder Family Stadium in a game that will be shown on Big 12 Now on ESPN+. Less than 1,000 tickets remain for the contest against the Red Raiders, and those can be purchased online at www.k-statesports.com/tickets or by phone at 1-800-221-CATS. 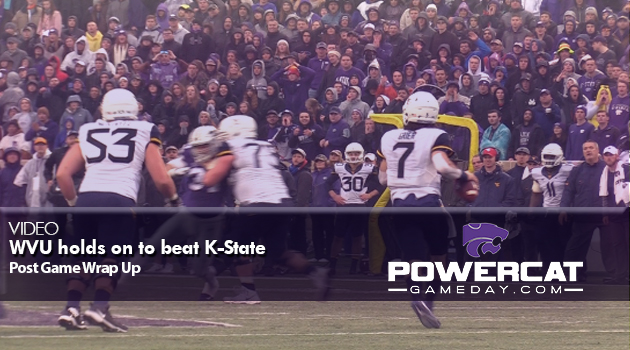 Early missed chances doom K-State in loss to No. 23 WVU