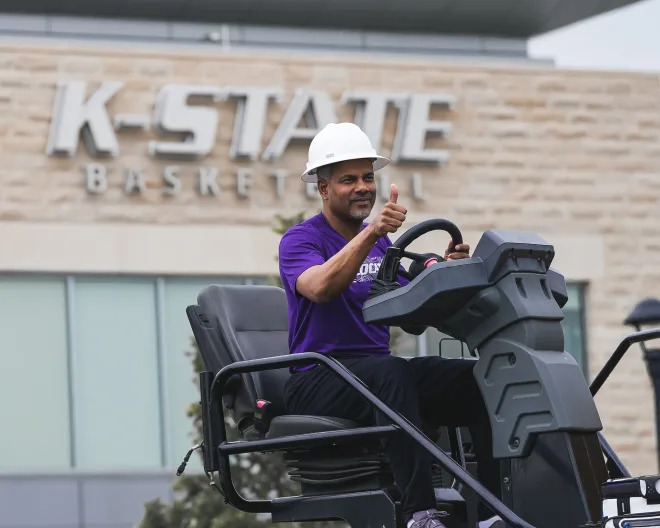 The Jerome Tang Era in Manhattan got off to an encouraging start Monday night with a never-in-doubt 93-59 win over Texas Rio Grande Valley. It was the beginning of a season in which the Wildcats were picked to finish dead last in the Big 12 in a preseason poll voted on by the league’s coaches.

Given those expectations and a roster that only returns two contributors from the final Kansas State team coached by Bruce Weber, EMAW Online wanted to investigate what fair expectations should be based on the history of other coaches in their first season in the Big 12.

Since the league formerly known as the Big 8 became the Big 12 in 1996-97, there have been 34 new coaches hired by universities within the league. Only West Virginia has not hired anyone since the league was formed, as they were a Big East member when they hired Bob Huggins. I’ve broken down each coach’s first season into four categories:

Smooth sailor: Coaches who took over programs that had been to the NCAA Tournament the year prior to their hire and did the same in their first season.

Elevation expert: This category features coaches that took over a non-tournament team and took them dancing in their first season on campus.

Work to do: Coaches who took over a non-tournament team and still failed to make the tournament in their first season fall into this category.

First-year failure: Designed for coaches who took over a program that had been to the NCAA Tournament and did not make it to the Big Dance during their first season in the Big 12.

Since the inception of the Big 12 in 1996-97, Kansas State has made five hires. The previous four coaches gave the program a coach who fit each category. Jim Woolridge was hired prior to the 2000-01 season and took what was a 9-19 record in 1999-2000 into an 11-18 record in his first season. While there was work to do following his first season, Woolridge never figured it out in Manhattan, coaching six seasons without ever making an NCAA Tournament or being ranked.

Following Woolridge, Kansas State hired Bob Huggins. While Huggins would fall under the “work to do” category based on the fact that his lone team in Manhattan went to the NIT, the now Hall-of-Fame coach guided KSU to a 23-win season, an eight-win improvement from his predecessor’s final season. He also recruited a class that brought

With Huggins leaving to take over his alma mater, the Wildcats turned to Frank Martin. In his first season, Martin took Kansas State to the NCAA Tournament as an 11 seed despite winning two fewer games than Huggins did the year prior. He would fall into the “Elevation expert” category, as someone who provided the program with four NCAA appearances in five seasons. Former Illinois coach Bruce Weber took over in Manhattan ahead of the 2012-13 season, and under this criteria, he would be considered a “smooth sailor” for winning the Big 12 regular season crown in his first season. Now, we see what Tang can do.

Here is how first-year coaches in the league have done since 1996-97.

Chris Beard, Mark Adams and Steve Prohm all were able to take their team to the NCAA Tournament in their first season, but each did so after taking over jobs that were left by someone rather than open due to a firing.

Self took over a program that had just been to the national championship game and continued Kansas’ tradition of basketball excellence by going to an Elite Eight in his first season. The Jayhawks won six fewer games in his first season, but he’s never missed the tournament in his first 18 seasons in Lawrence.

Tang and the Wildcats have thrown around the word “Elevate,” as a program motto of sorts, so it’ll be interesting to see if he and the K-State staff can find themselves in this category of coaches once the season is complete. This is the ideal outcome for Kansas State fans, but as we can see only five coaches in the history of the league have taken a non-tournament team and made such a significant first-season improvement to get them into the tournament.

Notably, T.J. Otzelberger’s Iowa State team last year features some similarities to this year’s K-State group. With the prevalence of the transfer portal, both Otzelberger and Tang’s first rosters bear nearly no resemblance to what was available during the final season for either Steve Prohm or Bruce Weber.

Dixon arrived in Fort Worth and made a 12-win improvement, noticeably changing the program despite not making the tournament the year before under Trent Johnson.

Scott Drew’s first-year coaching staff featured Jerome Tang, and their first season saw Baylor go 8-21. Drew took over the program in the midst of a scandal and didn’t make the tournament until his fifth season in Waco. Tang’s rebuild at K-State shouldn’t take anywhere close to that long.

Beard figured things out after missing the tournament his first season in Lubbock and took the Red Raiders to the national championship game in his second season.

So to recap: 34 coaches have been hired by Big 12 schools since the league was named as such prior to the 1996-97 season. Coaches who enter their first season taking over a program that missed the tournament the year prior – like Jerome Tang is – have wound up with a tournament bid just five out of 21 times.

History – and preseason predictions – say it is unlikely that Tang makes the NCAA Tournament in his first season in Manhattan. But with an overhauled roster full of transfers, it’s more likely to happen now than it would have been years ago when he may have been required to play a group of physically unready freshmen against the best league in America.

Nowell Comes Up Clutch, as K-State Holds Off California, 63-54