VIDEO: The Cats drop a heartbreaker in Waco 32-31 as the Bears kicked the winning FG as time expired. The PCGD crew break down what went wrong after KState dominated the first half, the trouble on the final drive for KSU, and what the Cats still have to play for with one game remaining.

AP – WACO, Texas — — Charlie Brewer confidently moved Baylor down the field and John Mayers kicked a 30-yard field goal on the final play. This was certainly a better way for the Bears to finish a game.

Mayers’ kick gave the Bears a 32-31 win over Kansas State on a rainy Saturday, snapping a five-game losing streak. They lost on a game-ending field goal their last game, the second in a row in which they blew a two-touchdown lead after halftime.

“A big point of emphasis, obviously finishing,” Brewer said. “We got that corrected this week getting a win.”

Brewer completed 31 of 39 passes for 349 yards and two touchdowns. The senior quarterback completed four passes in a row for 45 yards on the final drive right after it appeared he had fumbled on a run on the first play.

“Good thing I was down, you know, so we were able to continue that drive,” he said. “The confidence was extremely high heading into that drive. I had 100 percent confidence that we were going to go down there and score and win the game.”

The final drive for Baylor (2-5, 2-5) began from its 31 with a 5-yard run by Brewer, but with Kansas State coming up with the ball after it popped out. A long replay review determined that Brewer’s knee was down before the fumble, and the Wildcats didn’t dispute that afterward, with coach Chris Klieman admitting that it was “probably” the right call.

“He was down. That’s just the way football goes,” said defensive end Wyatt Hubert, who had two of Kansas State’s seven sacks.

Brewer also ran for 56 yards and two scores, even with the 23 yards lost on sacks. He had a 1-yard TD keeper with 4:16 left, before K-State went three-and-out and punted.

Kansas State quarterback Will Howard threw a touchdown and ran for another, fellow true freshman Deuce Vaughn rushed for 102 yards with a score.

“This is a hard way to lose when you fight all day and they make a few more plays than you,” Vaughn said.

Brewer had a 7-yard TD on a draw play to end Baylor’s opening drive of the game before a botched extra point, after the first of Howard’s two interceptions. K-State went ahead when receiver Malik Knowles took a handoff on a sweep and ran 75 yards for a score.

“It’s a game we should have won. I told the guys I’m sorry. I’m sick for them,” Klieman said. “We did some really good things but didn’t make some winning plays at the end.”

Baylor was within 17-15 on a 23-yard touchdown catch by R.J. Sneed, who made the grab near the 17 and turned for the end zone after an over-pursuing defender fell down. That came only two plays after Sneed’s 35-yard catch along the sideline, when he leaped over cornerback Kiondre Thomas and somehow managed to get his right foot down in bounds.

Kansas State: Howard became the starter after senior Skylar Thompson’s season-ending shoulder injury. The Wildcats haven’t won since Howard became the first K-State true freshman QB to win his first two starts. K-State can still finish with a winning conference record in each of Klieman’s first two seasons with a win in its next game. The Wildcats have a minus-eight turnover margin in their losing streak after being plus-eight the first five games.

Baylor: Instead of blowing a lead late, the Bears scored the last 10 points in this game. Brewer made his 25th start in a row, and 37th overall for the Bears.

Kansas State plays its regular-season finale Saturday at home against No. 20 Texas.

Baylor at No. 14 Oklahoma next Saturday. 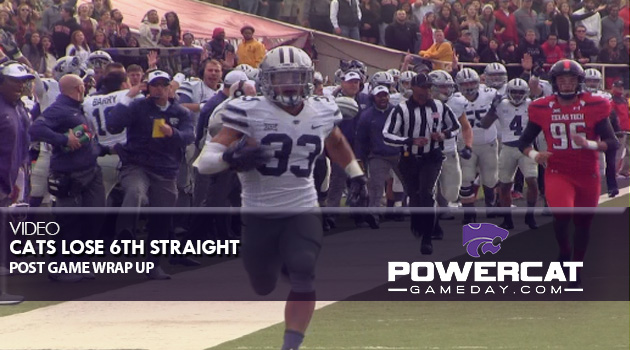 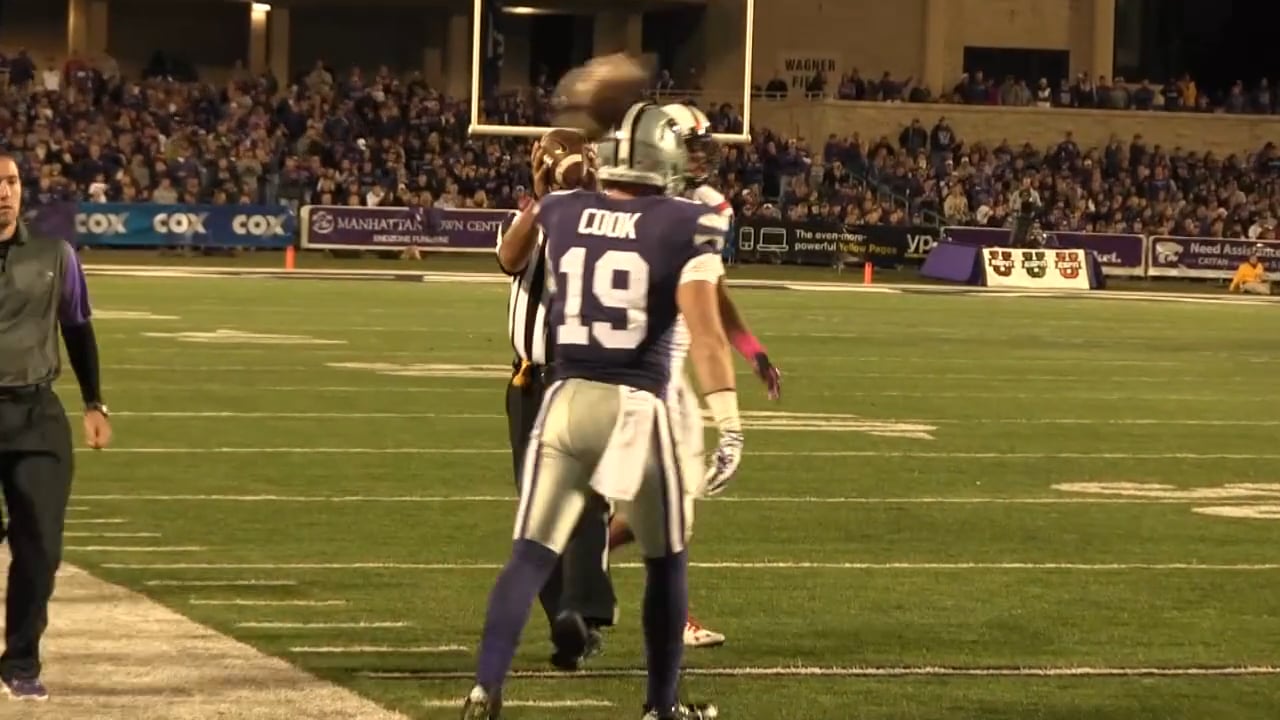