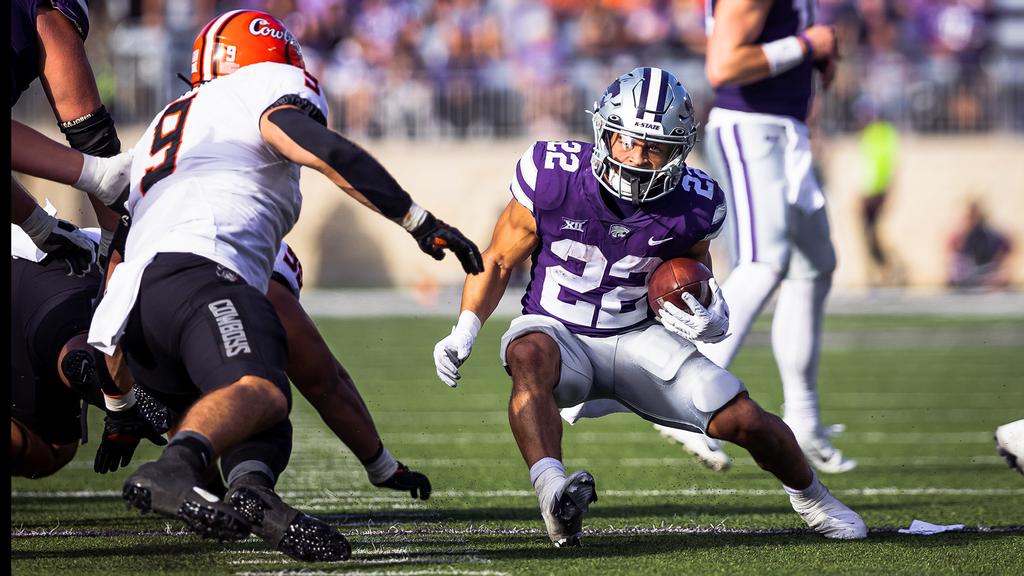 MANHATTAN, Kan. (Kansas State Athletics) – Coming off a performance that saw him register 176 total yards and two touchdowns in the Wildcats’ 48-0 win over No. 9 Oklahoma State, Kansas State running back Deuce Vaughn was named the Earl Campbell Tyler Rose Award Player of the Week on Tuesday.

Vaughn finished the game with 158 rushing yards – which included a 62-yard touchdown – while he hauled in four passes for 18 yards, including a one-yard touchdown catch with seven seconds left before halftime.

Vaughn, who is the fourth fastest player nationally since 1996 with 2,500 rushing yards and 1,000 receiving yards in a career, is just 52 rushing yards away from hitting the 3,000-yard rushing mark. If he were to accomplish it this week against Texas – his 32nd-career game – he would tie Saquan Barkley (Penn State) and Jeremy McNichols (Boise State) for the fastest since 1996 to hit 3,000 yards on the ground and 1,000 yards through the air.

Kansas State, ranked No. 13 in this week’s Associated Press Top-25, hosts Texas this Saturday in a battle of two of the top teams in the Big 12. The game kicks off at 6 p.m., and will be shown on FS1. Standing-room only tickets remain for the game against the Longhorns and the Dillions Sunflower Showdown against Kansas on November 26. Those can be purchased online at www.k-statesports.com/tickets or by phone at 1-800-221-CATS.