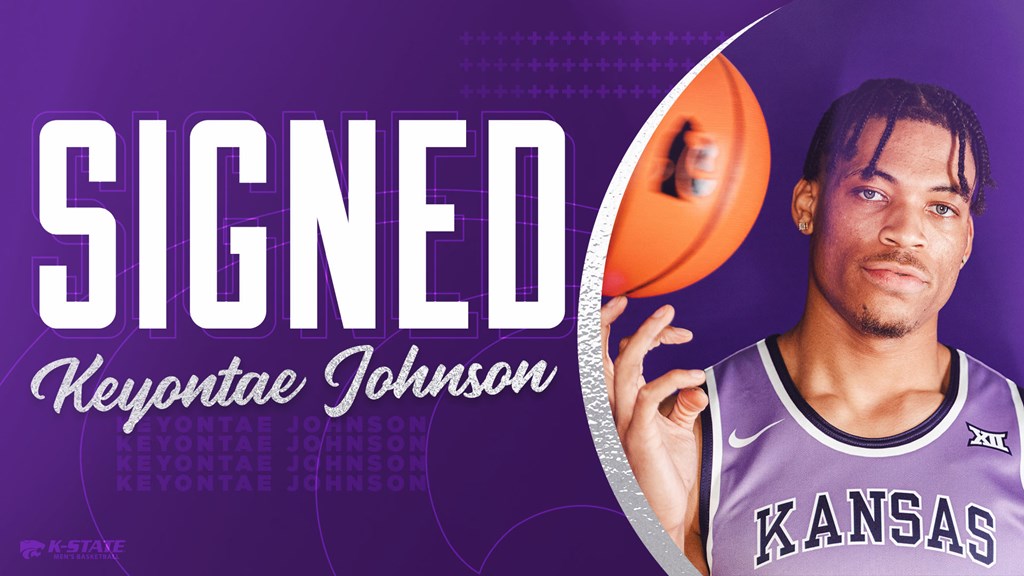 MANHATTAN, Kan. (Kansas State Athletics) – Kansas State head coach Jerome Tang added yet another impact transfer to his team on Saturday afternoon (August 20) with the signing of graduate transfer Keyontae Johnson (Norfolk, Va./Oak Hill Academy/Florida) to a Financial Aid Agreement with the program for the 2022-23 season.

“Today is great day to be a Wildcat! We are just so excited to welcome Keyontae and his family to K-State,” said Tang. “He is a gifted player and a winner who brings significant experience to our team after playing in one of the toughest leagues in the country while at Florida. Beyond that, we think Keyontae is just a perfect fit with the guys we already have in the program. We can’t wait to get him to Manhattan and introduce him to Wildcat Nation!”

Johnson will have one year of eligibility remaining after the NCAA granted Fall 2020 and Winter 2021 sport student-athletes an additional year due to the COVID-19 pandemic. He earned his bachelor’s degree in Education Sciences from Florida in Spring 2022.

Johnson was averaging 19.7 points on 63.9 percent (23-of-36) with 6 rebounds per game through the first 3 games of the 2020-21 season before he was sidelined for the rest of the abbreviated season. He posted 24 points and 12 rebounds against Boston College on Dec. 3, 2020, to become just the eighth Florida player over the past 25 seasons with a stat line of at least 24 points and 12 rebounds. He joined a club that includes such Gator legends as Kerry Blackshear, Matt Bonner, David Lee, Erik Murphy and Joakim Noah.

Johnson averaged a team-best 14 points per game, along with 7.1 rebounds, 1.6 assists and 1.2 steals, as a sophomore in 2019-20 en route to earning First Team All-SEC honors from the league coaches and Second Team honors from The Associated Press. Florida was headed to the NCAA Tournament with 19 wins, including 11 in SEC play, before the season was cut short due to the COVID-19 pandemic.

Johnson led the Gators in scoring 15 times and rebounding 13 times in 2019-20, while registering eight double-doubles, including three 20-point and 10-rebound games, which were the most by a Gator since Marreese Speights had four in 2007-08. He registered six games of 20 or more points, including a 20-point effort against Tang while he was associate head coach at Baylor. Among his notable games was a 25-point, 11-rebound and 5-assist performance against LSU on Feb. 26, 2020, which was just third such stat line by a Gator since 1996.

Johnson was twice named MVP of an in-season tournament in 2019-20, averaging 16.3 points and 8.0 rebounds in helping the Gators earn their first holiday championship in 10 years at the 2020 Charleston Classic. He posted 19 points and 10 rebounds against Providence to earn the honor at the 2020 Basketball Hall of Fame Invitational.

Johnson scored in double figures in 12 games with four double-doubles as a true freshman, including a 20-point, 12-rebound effort against Arkansas, which was the first by a Gator freshman in the SEC Tournament since 2000. Three of his four double-doubles came in the postseason, including two in the SEC Tournament. His 10-point, 10-rebound effort against Nevada in the 2019 NCAA Tournament was just third-ever by a Florida freshman in the Big Dance, joining Mike Miller (1999) and Bradley Beal (2012).

Johnson played his senior season for legendary high school coach Steve Smith at famed Oak Hill Academy in Mouth of Wilson, Va., where he helped the Warriors to a 44-2 overall record and a trip to the semifinals of the GEICO National Tournament in 2017-18. He averaged better than 18 points per game on 66 percent shooting, posting 19 games with 18 or more points. He was named MVP of the 2018 Bass Pro Shops Tournament of Champions in Springfield, Mo., after scoring 21.7 points per game.

Johnson was rated as a four-star prospect out of Oak Hill and a member of the ESPN 100.

WATCH: Players get ready for Tulane and look back at beating Mizzou