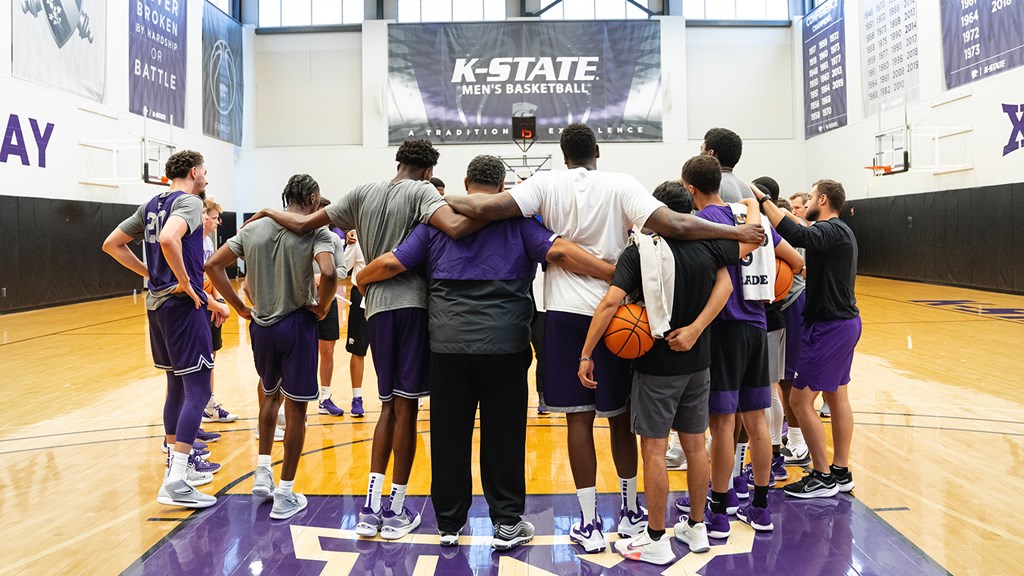 Awbrey will be a senior with one year of eligibility remaining after the NCAA granted Fall 2020 and Winter 2021 sport student-athletes an additional year due to the COVID-19 pandemic. Ackerman will be a true freshman with the traditional five-year window to play four seasons of college basketball.

“We are excited to add Nate and Peyton to our program and family,” said Tang. “They are both outstanding young men and will be huge assets to our team.”

A 6-foot-3, 190-pound guard, Awbrey arrives at K-State after spending the last four seasons (2018-22) at Manhattan Christian College in Manhattan, Kan., where he was a multi-sport standout for the Thunder in soccer and basketball. He led the school to multiple national tournaments in each sport, becoming an NCCAA All-American midfielder on the soccer pitch and All-Region honors on the hardwood.

As a traditional senior in 2021-22, he helped MCC to a 24-9 record, along with Midwest Christian College Conference regular-season and conference tournament championships, and the school’s fourth appearance in the NCCAA Final Four in basketball. He played in 26 games with 21 starts, ranking third on the team in assists (55) and sixth in scoring (7.5 ppg.). For the season, he averaged 7.5 points on 43.7 percent (69-of-158) shooting with 3.1 rebounds and 2.1 assists in 20.7 minutes per game.

An outstanding student, Awbrey was a two-time NCCAA Academic All-American at MCC while earning a bachelor’s degree in Bible and Christian Ministry with an emphasis in Youth Ministry.

Awbrey was a two-sport star at Manhattan High School, where he was a Class 6A First Team All-State selection in soccer and an honorable mention All-Centennial League pick in basketball as a senior in 2017-18.

The additions of Awbrey and Ackerman bring the total number of newcomers to 13, which includes seven Division I transfers, one college transfer, two community college transfers and three high school players.

Answering questions for the next month of K-State football

What to Watch Four: Texas