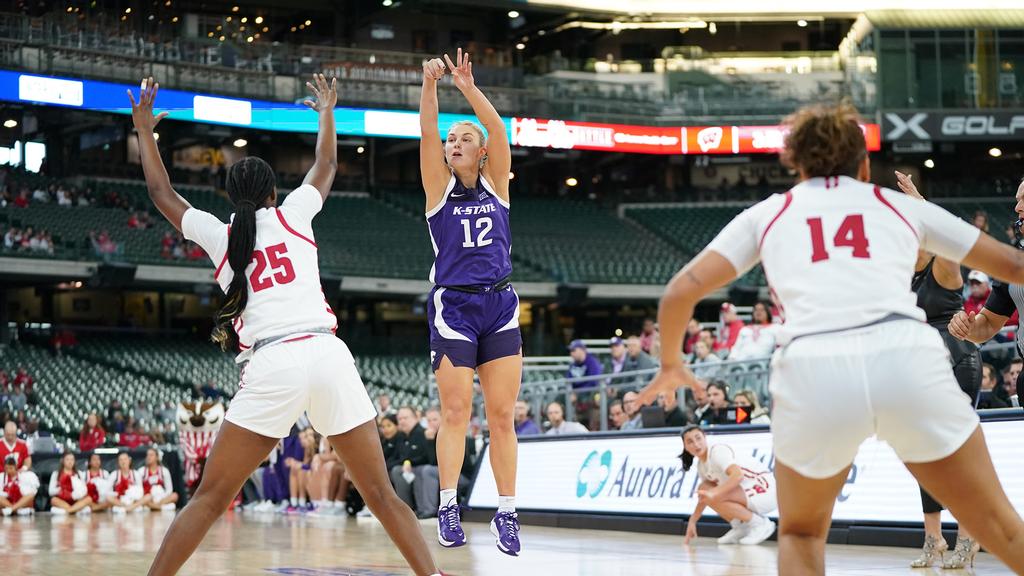 MANHATTAN, Kansas (Kansas State Athletics) – With her efforts during the opening week of the season, Kansas State senior Gabby Gregory collected Big 12 Player of the Week honors for the first time in her career.

After playing in just 18 games without a start in 2021-22 at Oklahoma mostly due to injury, Gregory completed her first week with the Wildcats with a pair of starts and 31 minutes per game played. She averaged 22.0 points per contest on a 50.0 percent field goal percentage including a 40.0 percent effort from 3-point range, a 90.9 percent effort from the foul line, 8.0 rebounds and 2.5 assists. Her 44 points in the first two games are the most by a Wildcat in their first two games in purple and white.

Against Central Arkansas, Gregory carded a game-high 19 points on 7-of-11 shooting and pulled in seven rebounds and dished out three assists. Her 19 points were the most in a K-State debut since Kaylee Page tallied 21 at Tulsa, on Nov. 13, 2015.

Against Wisconsin in the Brew City Battle, Gregory led K-State back from a 13-point first quarter deficit to claim the 1,000th win in program history with a game-high 25 points on 7-of-17 shooting, including a 4-of-11 effort from 3-point range and a 7-of-7 effort from the foul line. She also carded a team-high nine rebounds and dished out two assists. Her 25-point performance marked her highest scoring performance since notching 27 against TCU on March 4, 2021, as a Sooner. This was Gregory’s first career game with at least 25 points and nine or more rebounds.