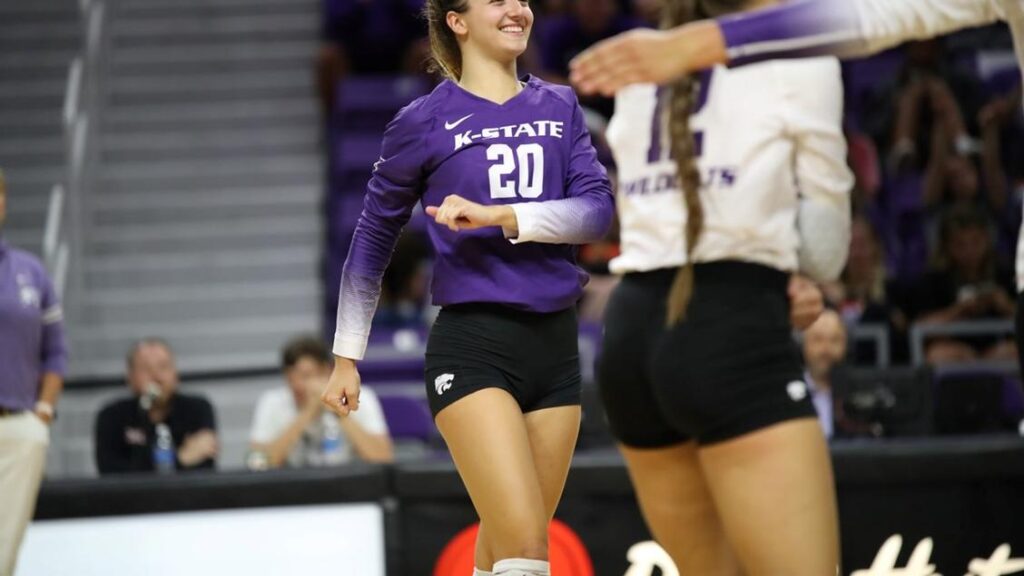 K-State (9-4, 0-0 Big 12) looks to rebound after an 0-2 showing at the Rice Adidas Invitational last weekend to finish its non-conference slate. The Wildcats dropped a five-setter to host Rice before a four-set setback to 17th-ranked Creighton.

KU (10-3, 0-1 Big 12) kicked off its league schedule at home Wednesday against No. 1 Texas and saw the Longhorns erase a two-set deficit to defeat the Jayhawks in five sets. Kansas, who has been ranked as high as No. 19, dropped out of the latest AVCA coaches’ poll and is unranked for the first time this season.

The Wildcats own a 67-56-1 edge in the Dillons Sunflower Showdown, including a 30-21 record at home. KU will be K-State’s third consecutive opponent ranked or receiving votes in the AVCA coaches’ poll.

Saturday’s match will air on Big 12 Now on ESPN+ and the ESPN app, with Brian Smoller and Liz Wegner-Busch on the call. Fans can also listen online to Rob Voelker’s broadcast at K-StateSports.com/watch and the K-State Sports app.

THE MACK ATTACK IS BACK, JACK

Wildcats in the NFL – Week 3